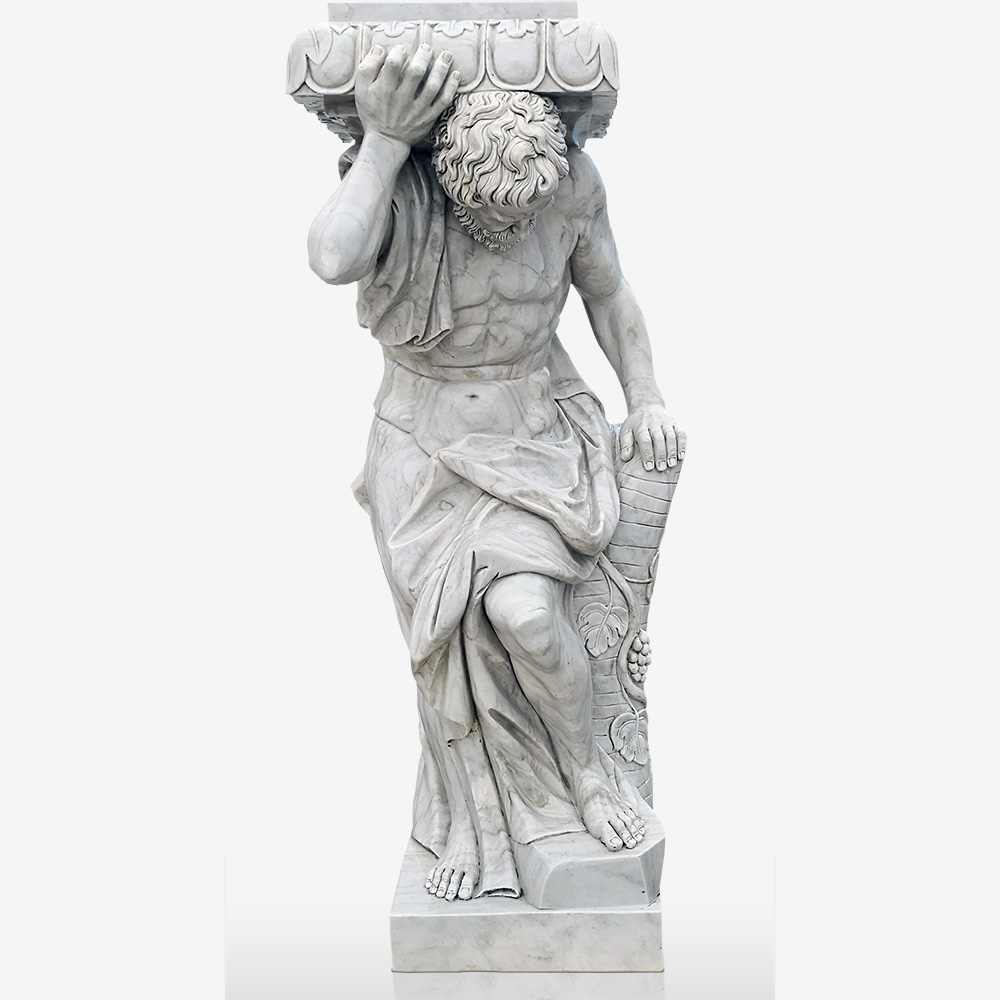 Stately might and mythological pathos infuse themselves into this classically considered marble statue, based on the traditional marble column art of ancient Greek architecture, which was often stunning enough to stand on its own, as this masterpiece illustrates. Its subject, a mysterious figure who resembles some epic hero or god well enough, but remains anonymous, is bent over with the load of his burden, his heroic musculature and his infinite determination keeping the structure afloat.

Carefully carved marble simulates the fabric that pours over his knee and his shoulder, almost looking as if you could fold it over yourself if you reached out to touch it. The cornerstones of this timeless and famous style are exemplified to their utmost potential with this stunning statue. 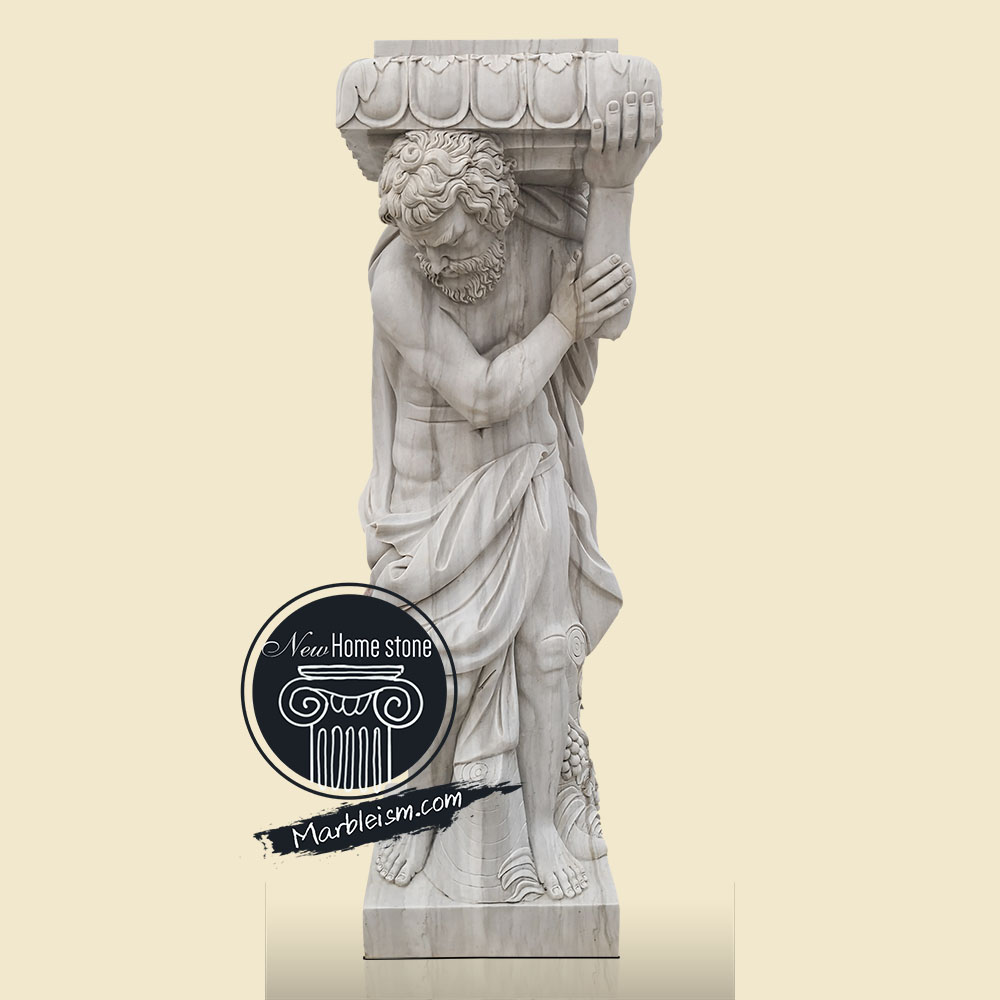 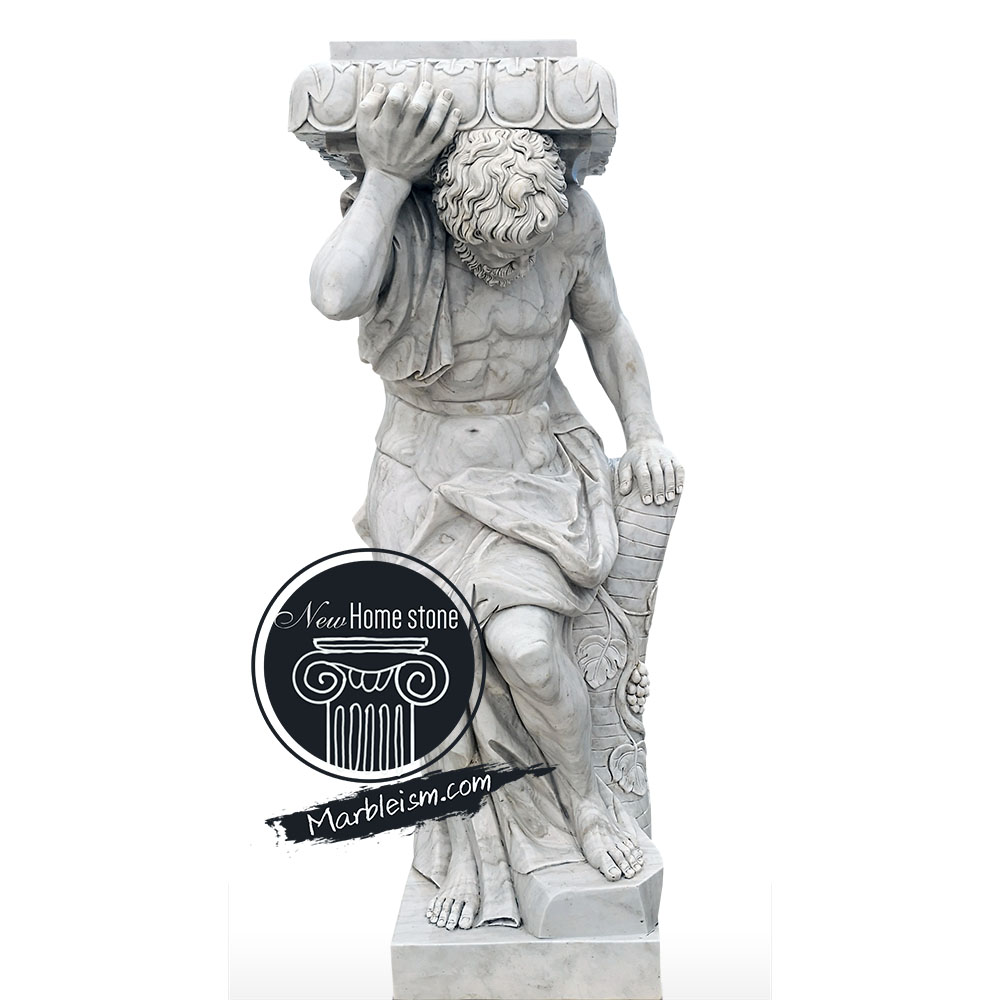