Round marble gazebo with dome 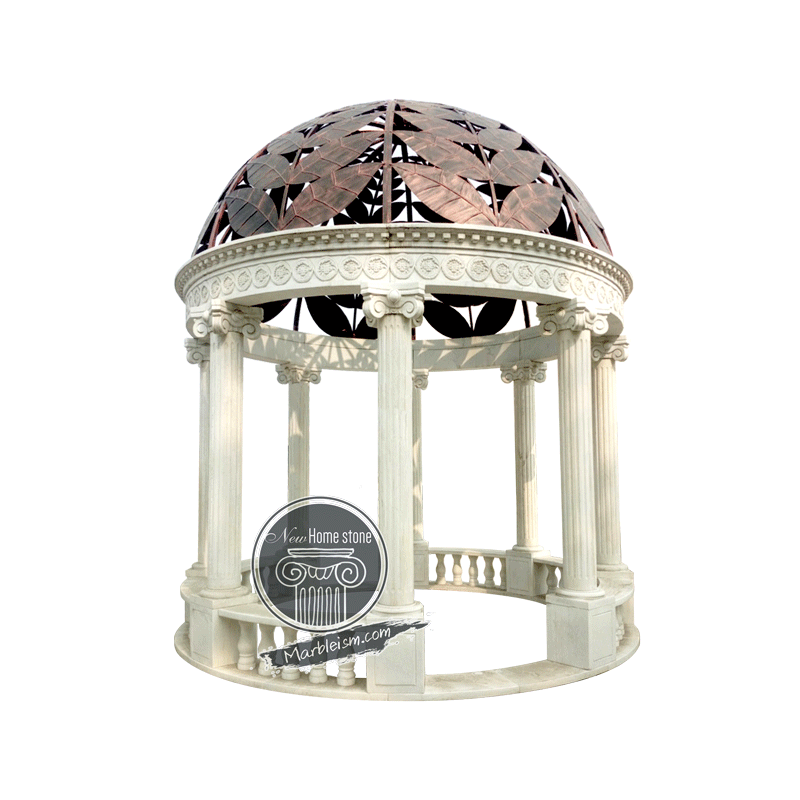 Round marble gazebo for backyard

The columns are round, with nicely fluted surfaces, and feature spectacular ionic capitals carved beneath the rim, swirling atop the pillars with such dazzling precision that you’ll forget it’s solid stone. Atop the columns, the round marble gazebo sports a rim carved with a repeating motif carved into the marble, and the entire design is topped with an iron dome graced with an unforgettable large leaf patterns of fashioned metal. 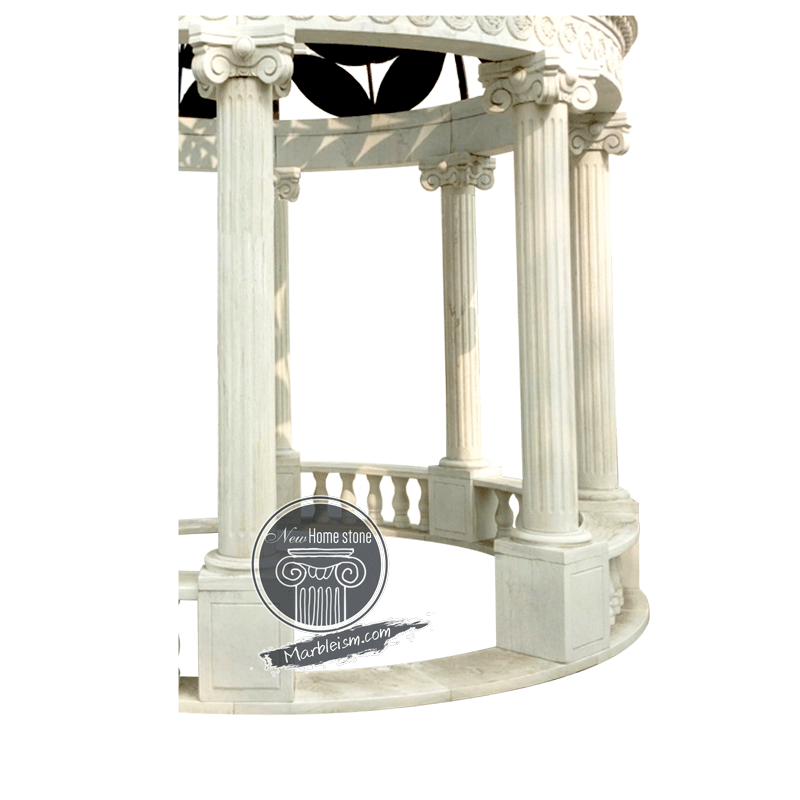 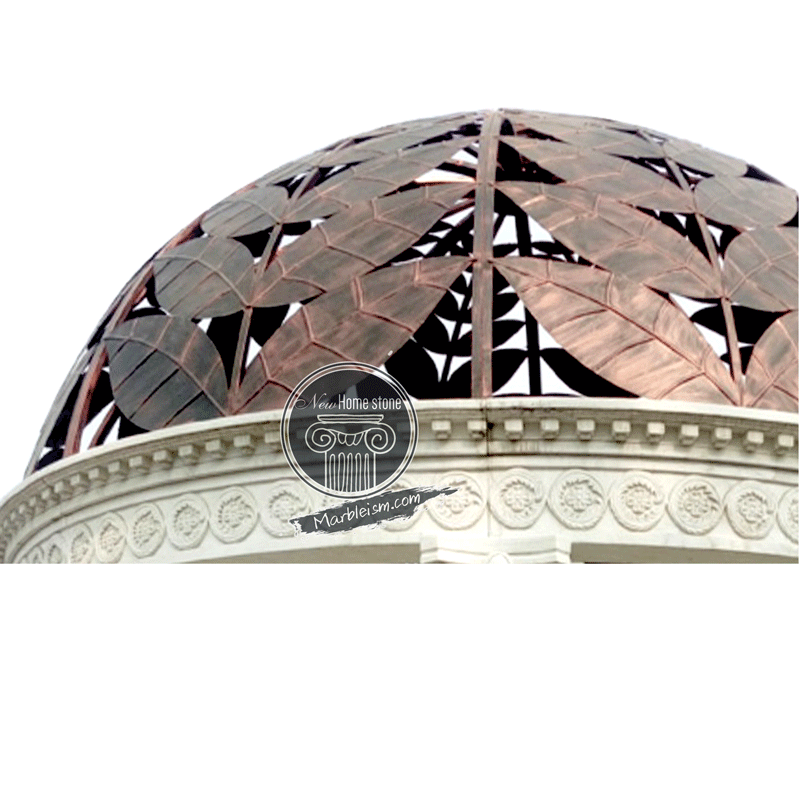