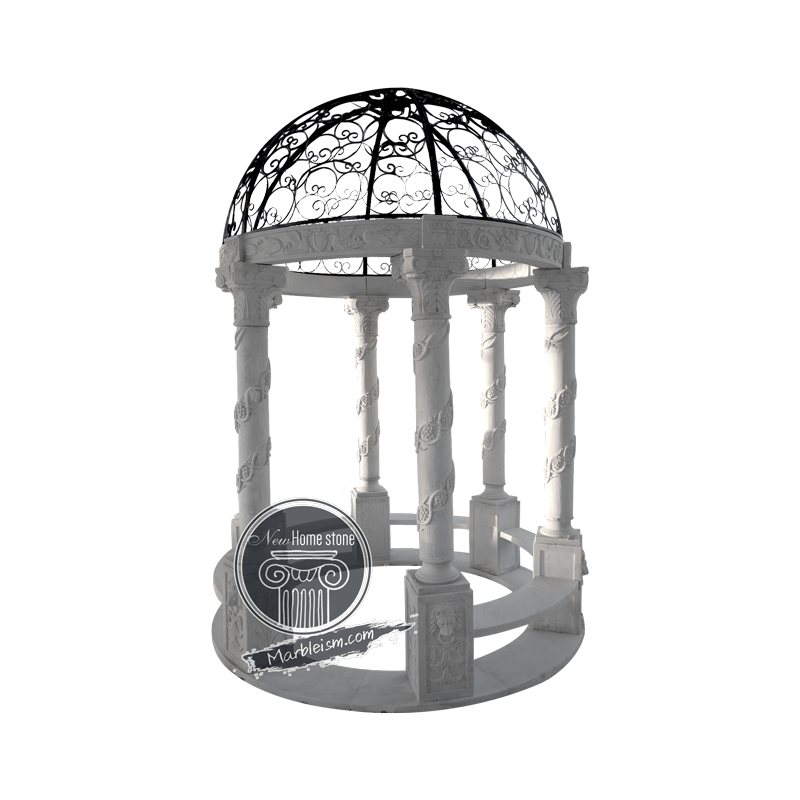 A stunning garden gazebo towers over the competition with its slender proportions, held aloft by white marble columns deeply carved with convex grapevine reliefs wrapping up around them in a helix shape. The columns are bookended with elaborate carvings: they are set upon plinths on the bottom, which are engraved with lion heads and connected on all sides other than an entrance gap with polished white marble benches.

On the top, the columns are crowned with Corinthian style carvings, holding aloft the iron dome up top. There are six such columns around the perimeter of the marble pavilion, and the iron dome roof above them is largely exposed, and its open surface lets in plenty of light through its swirling vine patterns. Overall, the primary artistic tradition that the garden gazebo draws on is a Greek-style influence. 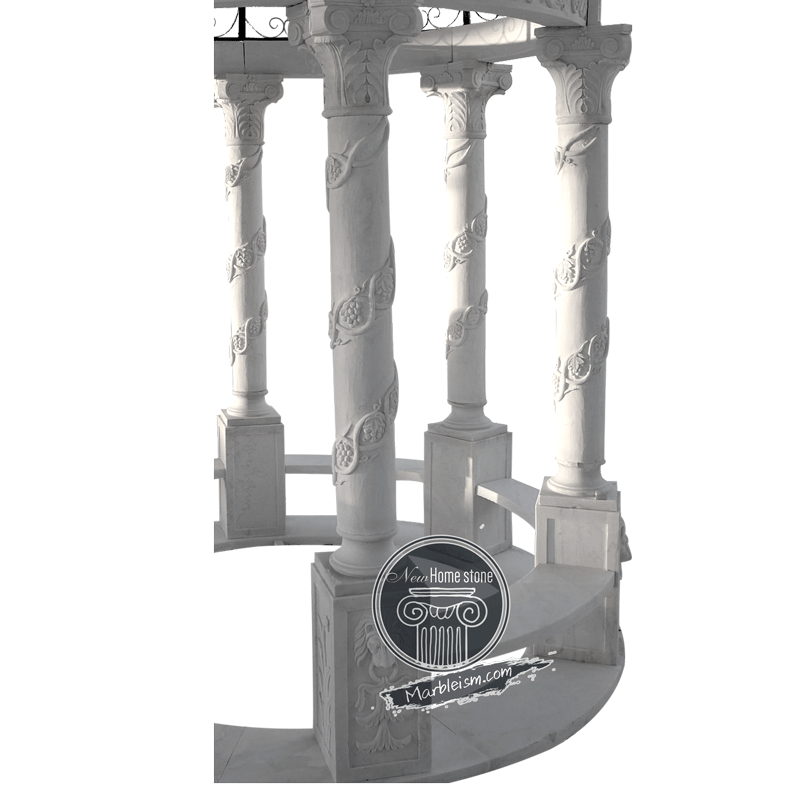 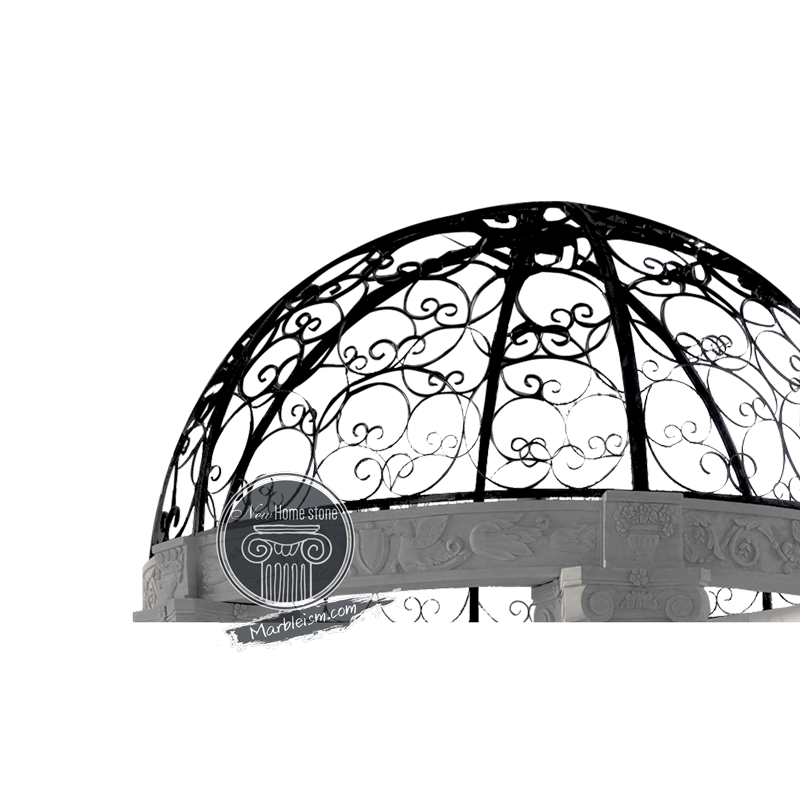