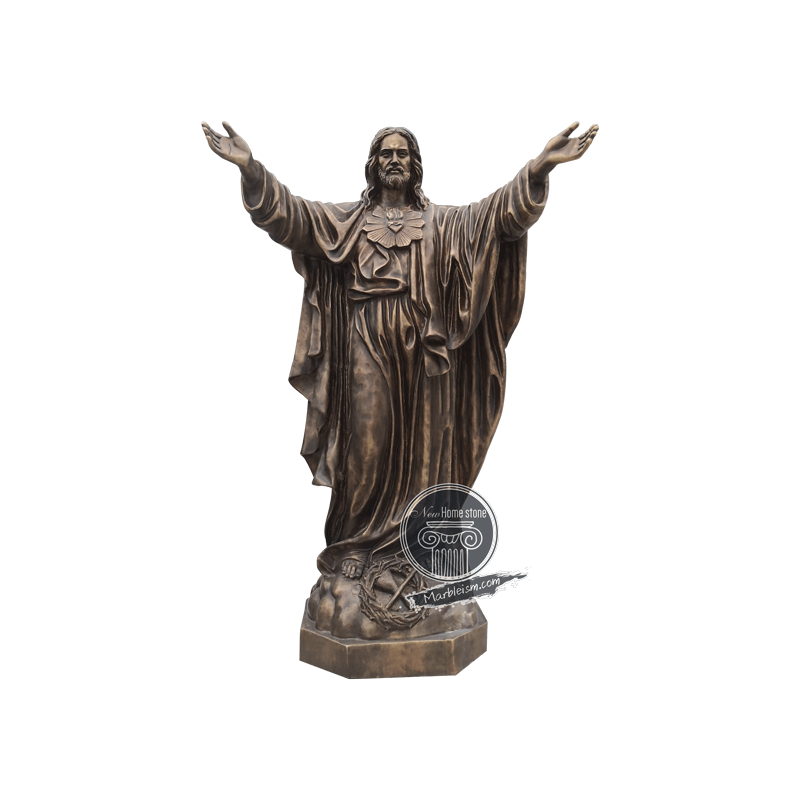 This holy statue depicts the legendary figure of Jesus Christ, in one of his traditional classic appearances. Two of the primary traditional religious symbols of Christianity are on display here: the most visible is the sacred heart, its emblem worn on Jesus’s chest. Jesus’s heart is considered a symbol of infinite love, mostly by Catholic followers, and as such it is often depicted as an emblem worn outside his body like a crest. The second symbol of this brozen statue of Jesus, a bit less obviously apparent at first glance, but possibly even more famous throughout the world, is the iconic crown of thorns, sitting at Jesus’s feet. Typically seen worn on his head as a reminder of the immeasurable pain and selflessness of his death, it is here discarded, but not forgotten, on the ground before him: an important reminder of this famous story, without the more intense or graphic imagery depicted in other interpretations of Jesus.

His body is shown here whole and unbroken, even with important reminders of his suffering around him: he beckons forth with open arms, as if assuring the viewer of the safety of the scene. Perhaps this is him after his legendary resurrection, displaying his divinity and the power of his compassion. He is open, welcoming, and comfortably unimposing, presenting his offer of oneness and shelter with no demands made. Note the outstanding technical details on the Jesus bronze sculpture: the respect demanded by followers and worshippers of this iconic symbol of love and unity is on full display here, with beautiful attention granted to the complex and realistic folds and creases of his robes, the minute work to create the texture of his hair and beard, and the precision to bring to life his body with his face, hands, and feet all painstakingly crafted. 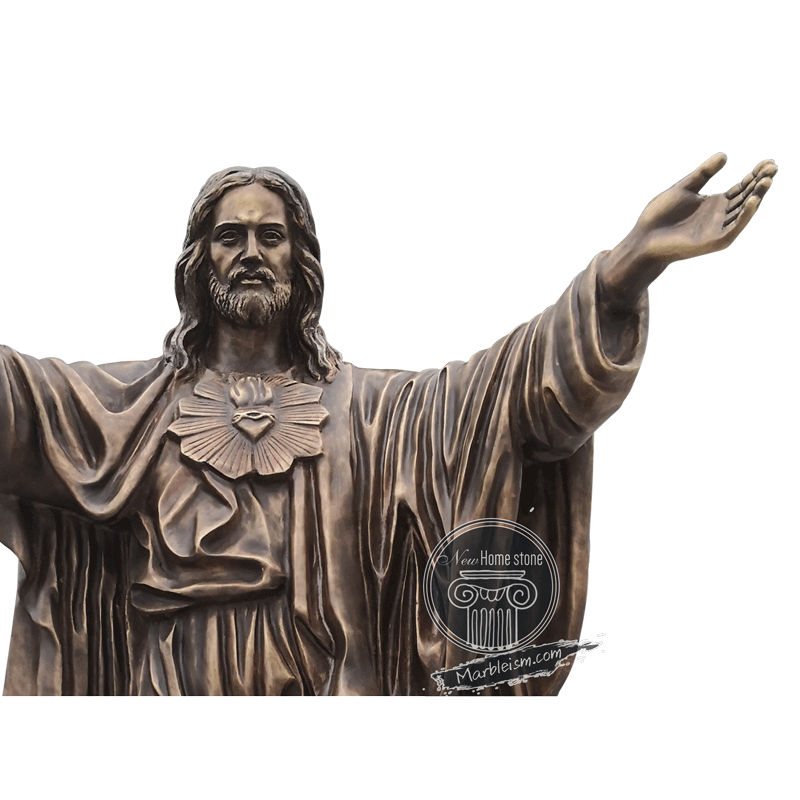 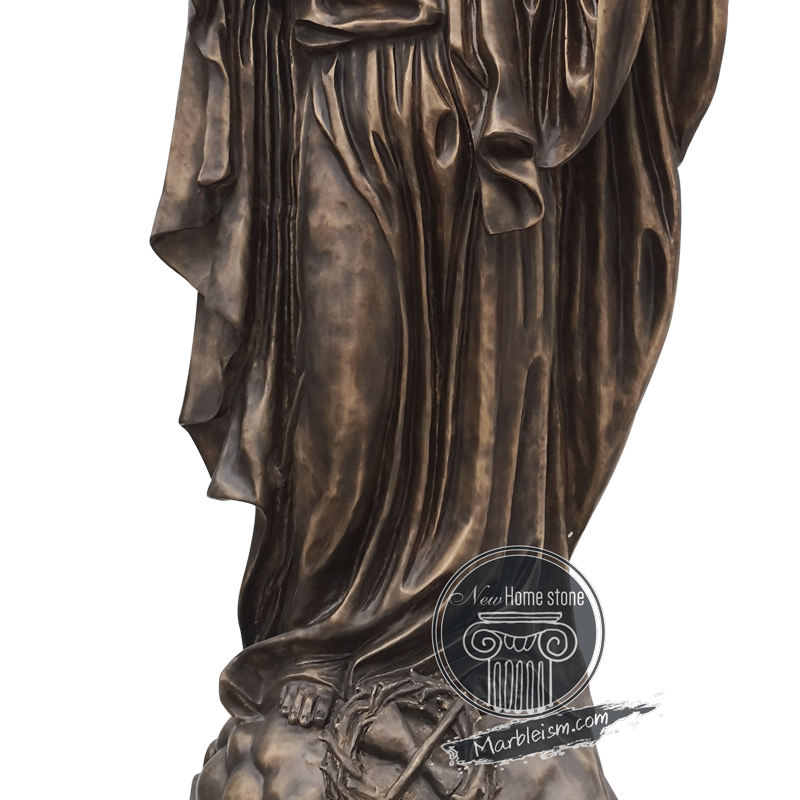