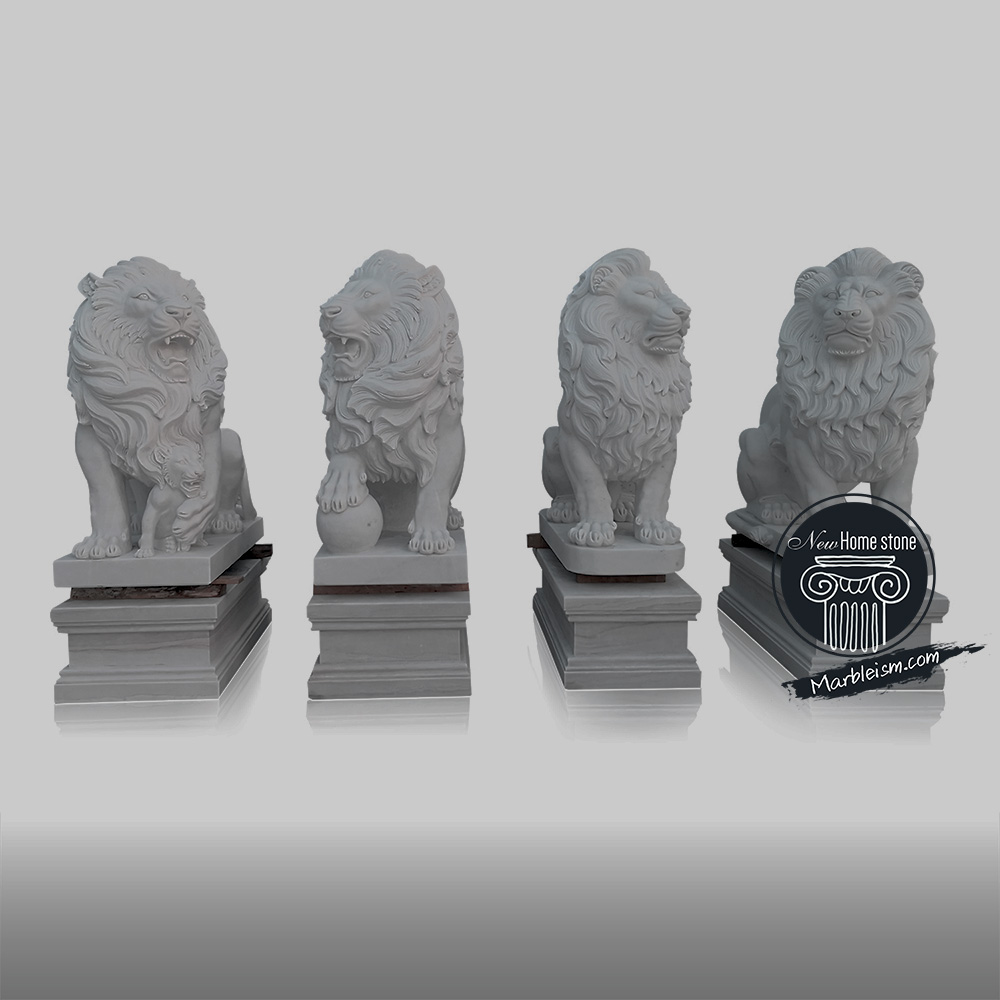 The best thing about symbols is that they are flexible. Is a life size lion statue imposing and intimidating, or is it warm and paternal? Has it been caught in mid-pounce on an unsuspecting prey, or is it being observed caring for its young? Both are equally valid and convey similar levels of the same strength and nobility for which the lion is symbolically famous. Made of Hunan white marble and possessing an infinite variety of emotions, poses, attitudes, and postures, these stone statues of lions can be portrayed as playing, guarding, fighting, or anything, really. The key is the craftsmanship involved and the life-sized marble portrayal of the figure in question. Nothing captures the essence of a mythic creature quite like a stone statue! 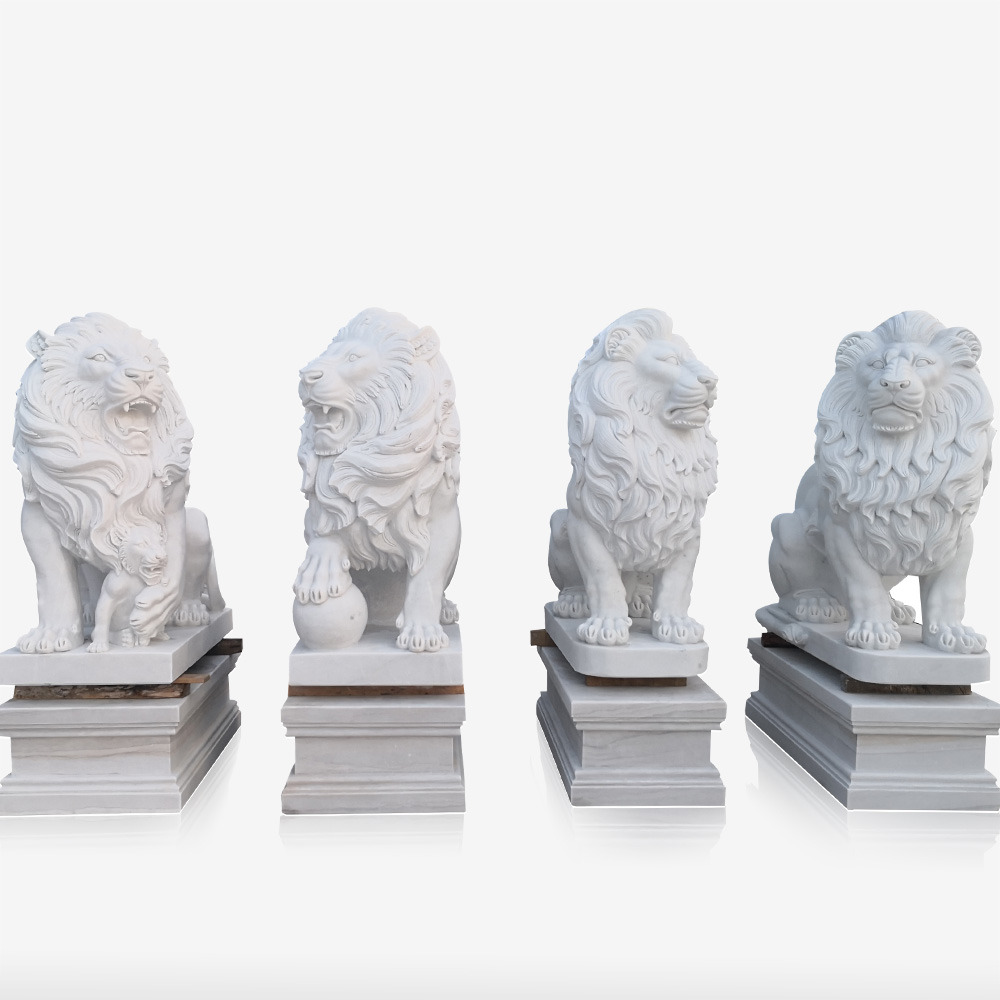