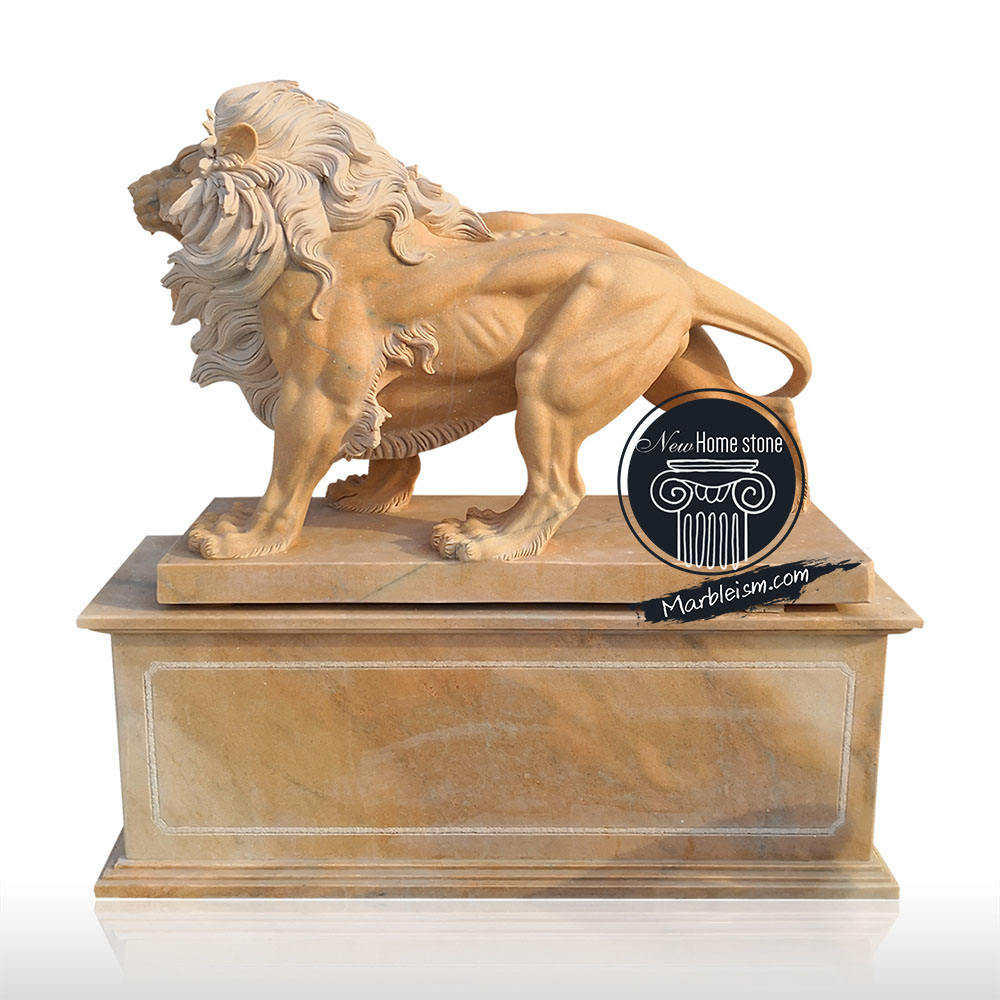 Hibiscus pink marble / Roaring stone lion statue / lion carving; lion statues for driveway Instilled with an imposing forward momentum by its artist, rippling with powerful muscles and sinews, its mouth wide open in a thunderous call that cements its status as king, this mighty roaring stone lion statue is the cream of the crop for tastefully impressive marble carvings. The lion carving is made lovingly from nuanced hibiscus pink marble which showcases many subtly different shades: the hibiscus is largely beige on its surface, and it is the undertones which show the pink, catching the light in a way that you might not notice at first, but would instantly miss if it were gone. Understatement can often strike deeper into the mind of the onlooker than something on the surface, and when your subject is as upfront and memorable as a lion, it’s details such as these that separate the work from the crowd. 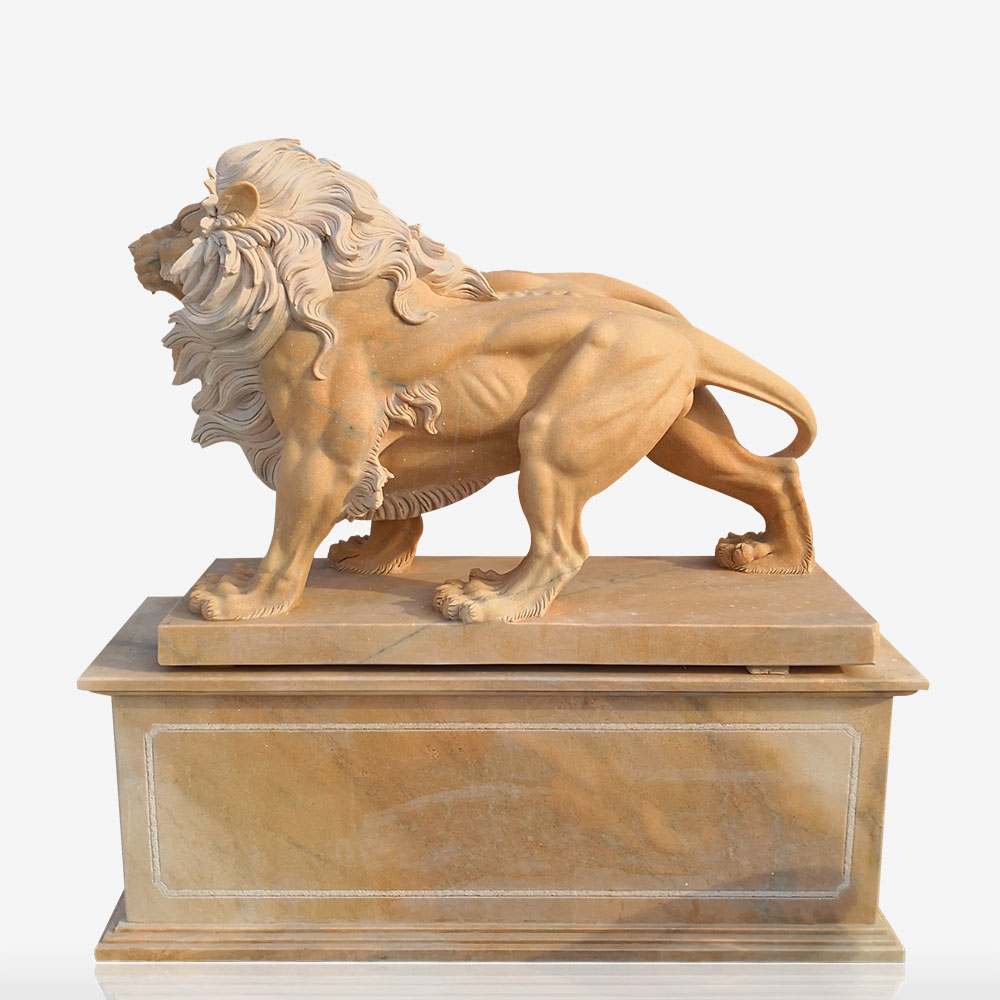