This pair of stone lion statues are built of pure Hunan white marble, and they stand gracefully alongside each other, both as a matching pair and as two similar statues with small differences only an artist could achieve by hand. One the lions cradles his cub closely to his side, the little one giving a small roar of his own; the other places his great paw securely on what appears to be some kind of orb or knob. Both stand on their pedestals like sentinels, perfect for placement a front door entrance or driveway. And the understated creamy beige color of the Hunan white marble only accentuates the sculptor’s handiwork, illuminating small details and exposing texture on both the pair of lions and their sturdy stone pedestals. 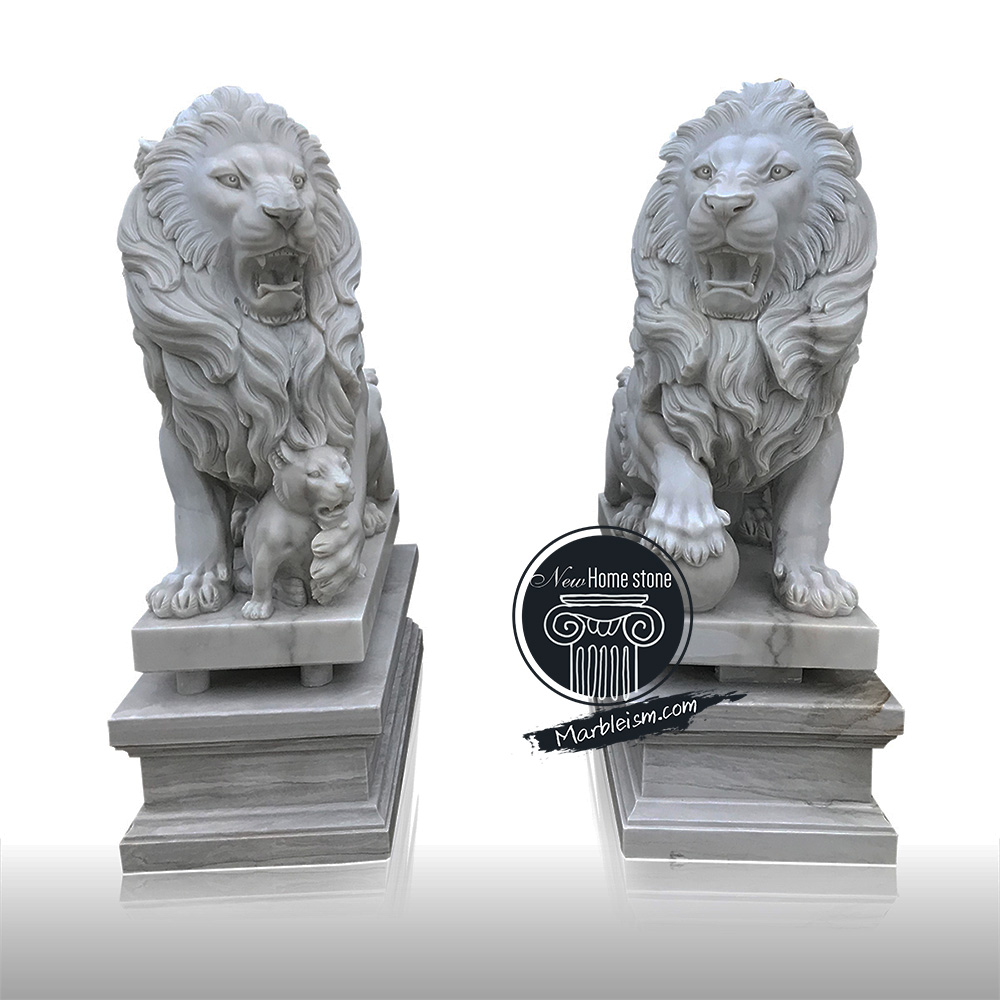 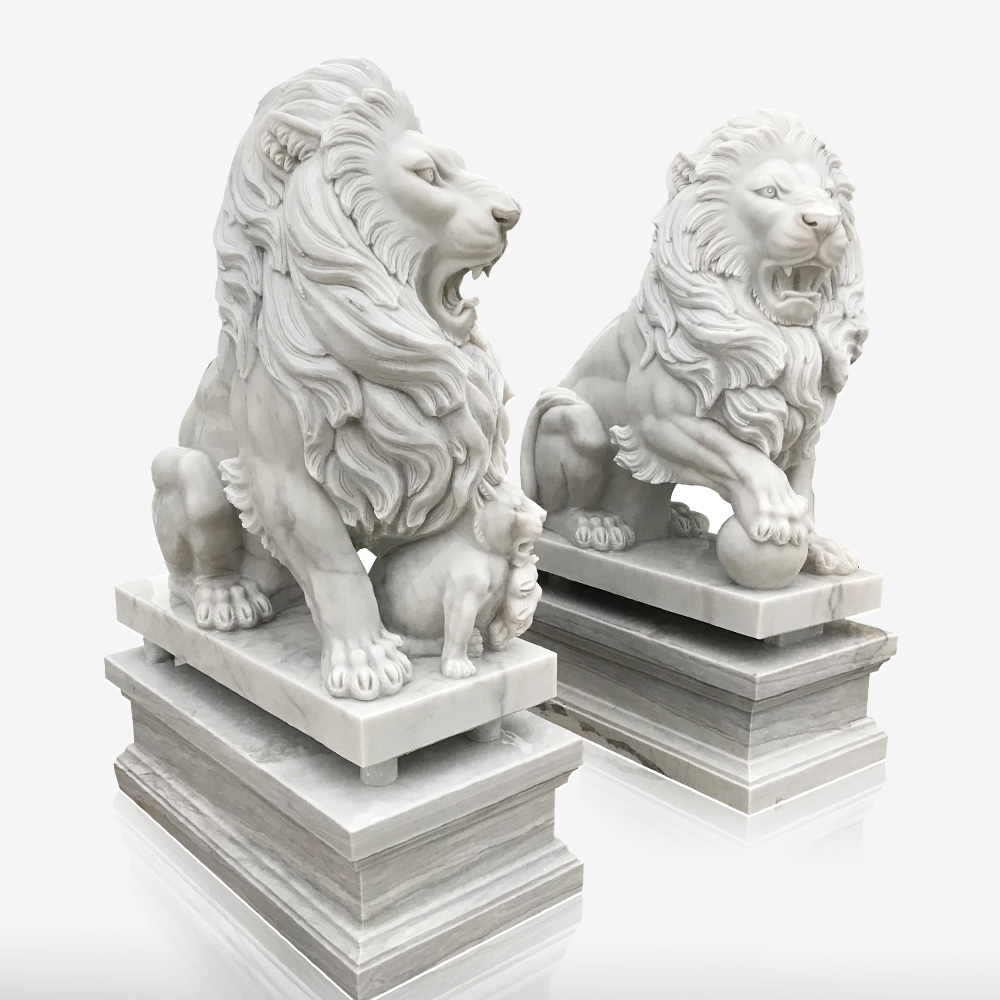